Mommy, am I going to go to Hell because I didn’t take my nap?
–Ellie, age 4

I posted this little quote on Facebook yesterday and it gathered no comments or likes, and I deleted it again after realizing that it probably sounded really stark and silly at a single glance.  What bizarre theology am I teaching her that she could ask such a question—to be eternally punished because of a missed nap?

And it is a silly question, at first glance, but I understood what she meant and was struck by it deeply, and I wanted to write an entry to explain the context.  Because it’s a good question, and one I should be asking myself.

As adults we don’t have anyone telling us to take naps, obviously, but for Ellie, the issue was one of obedience.  She wasn’t trying very hard to take a nap.  She was allowing herself to be distracted—and, even worse, she was distracting her sister into disobedience as well—and so, after hours of my failed attempts to coerce her into obedience, and eventually proclaiming that naptime was over, her question was a logical one.  She was disobedient. Disobedience is a sin. Sinners go to hell.  Is she going to hell?

The thing that struck me about the conversation was her concern for eternity over what was, by any measure, a small sin.  It seems absurd on the surface; surely God doesn’t send people to hell because they got distracted during naptime, right?

Repent and turn from all your transgressions, lest iniquity be your ruin. Cast away from you all the transgressions that you have committed, and make yourselves a new heart and a new spirit! Why will you die, O house of Israel? For I have no pleasure in the death of anyone, declares the Lord GOD; so turn, and live.”
(Ezekiel 18:30-32)

There’s the very obvious answer that jumps to mind, that God’s grace is sufficient for all our sins.  If Christ died for her sin of disobedience, then of course she is safe from hell.  And that’s true.  1 John 1:9 clearly applies.

But what Ellie meant in this instance—which I know from the broader context of conversations we’ve had recently—was, “Mommy, I disobeyed you on purpose. Is this a sign that Jesus doesn’t reign in me?”

In other words, she was working out her salvation with fear and trembling (Philippians 2:12).

We should be really concerned when we sin, because sin doesn’t come out of “a new heart and a new spirit.” It comes out of a heart that is “desperately sick” (Jeremiah 17:9).

The Righteous is Scarcely Saved

If the righteous is scarcely saved,
what will become of the ungodly and the sinner?
(1 Peter 4:18)

“Scarcely saved.” Those are really scary words.  When I came upon them in a Bible study a few weeks ago, I was shocked and immediately went digging for help.  What does it mean, that we’re scarcely saved? The verse is in the context of suffering: “whoever has suffered in the flesh has ceased from sin, so as to live for the rest of the time in the flesh no longer for human passions but for the will of God” (1 Peter 4:1-2). This is where Christians live: even though we are still in the flesh we are no longer for human passions but rather for the will of God.  The passage talks about the means God uses to accomplish this work in our hearts—how the “human passions” are trained to be put away by suffering—but the theme is rampant throughout Scripture on a very large scale.  Earlier in 1 Peter (2:11), Peter writes that the “passions of the flesh… wage war against your soul.”  In 1 John 3:8-9, John says:

In Romans, Paul, too, writes:

Colossians 2:11 says that in Christ we have put “off the body of the flesh.”

All this to say, Christians stop sinning. Here. Now.  We are no longer slaves to sin. We no longer make a practice of sinning.  We no longer live for human passions.  Ever.  If we do, we’re not Christians.

Fully pleasing to Him

For Ellie, her disobedience was naptime, and she has to evaluate her heart and see if she’s living in the flesh, or if she was doing “the very thing [she] hate[s]” (Romans 7:15).  Does she hate her sin and repent and make herself “a new heart and a new spirit” (Ezekiel 18:31) and is simply wrestling with the sinful flesh she still has, or is sin reigning in her?  Because even the sin of being disobedient to Mommy at naptime is not the mark of a holy heart.  There is no sin too small to escape eradication by the Spirit, no sin so small that it can persist in the face of grace.  Ellie is not commanded to live a mostly holy, mostly obedient life.  Colossians 1:10, “walk in a manner worthy of the Lord, fully pleasing to Him, bearing fruit in every good work and increasing in the knowledge of God.”  Even the Apostle Paul was worried about his sinful flesh disqualifying him from heaven: “I discipline my body and keep it under control, lest after preaching to others I myself should be disqualified” (1 Corinthians 9:27).

Therefore let anyone who thinks that he stands take heed lest he fall. No temptation has overtaken you that is not common to man. God is faithful, and he will not let you be tempted beyond your ability…
(1 Corinthians 10:12-14)

…let us also lay aside every weight, and sin which clings so closely, and let us run with endurance the race that is set before us.
(Hebrews 12:1)

We don’t have to sin. By God’s grace and Christ’s blood, we are free from sin (Romans 6).  And if we are not being victorious over sin, Scripture tells us to be concerned about whether or not we are really being saved, or whether we “believed in vain” (1 Corinthians 15:2).

Examine yourselves, to see whether you are in the faith. Test yourselves. Or do you not realize this about yourselves, that Jesus Christ is in you?—unless indeed you fail to meet the test!
(2 Corinthians 13:5)

So Ellie’s question really provoked me. Is it possible for a little tiny sin like disobedience at naptime to disqualify us from heaven? Yes! But as a grown-up, nobody is forcing me to take naps.  I had to stop and consider what my little sins might be. Something so little that I think it’s too insignificant for God to worry about…  Maybe my habit of reaching for a chocolate bar in response to stress rather than giving it all to God in prayer and hope.  Maybe when I carefully pick the perfect pictures to post on Facebook in hopes of obtaining man’s praise.  Maybe when I give in to exhaustion rather than being gracious and patient with my children. Maybe when I think my judgment is better than Seth’s, and more important than my following his lead. Maybe when I become preoccupied with one of my craft projects and fail to do a good job feeding my family and cleaning our house.  Maybe when I’m continually resistant to criticism, or continually falling into the habit of criticizing others or gossiping about their faults.  Maybe when I think that if I present the Gospel in just the right way, with just the right trappings and adornments, that I can convince people to follow Christ, rather than looking for the Spirit to work in their hearts by His simple truth.

I can’t live “for human passions” even a little bit.  Paul says, “I decided to know nothing among you except Jesus Christ” (1 Corinthians 2:2) and that’s where I’ve got to live too.  There’s no room for “selfish ambition or conceit” (Philippians 2:3), for ungracious speech (Colossians 4:6), or dishonorable conduct (1 Peter 2:12).  I can’t be one with the “appearance of godliness, but denying its power” (2 Timothy 3:5). I can’t ever grumble or complain (Philippians 2:4). I can’t be quick to speak and slow to listen (James 1:19). Any one of these things is enough to disqualify me; any one of these things is enough to prove that my heart is not His, that sin still ensnares me, if I can’t (or don’t) lay it aside.  Small sins are reflective of an unrepentant heart, not the sign of a believing heart that has died to self and now lives in Christ (Colossians 3:3,5).

Holiness is not optional.  Even at naptime.  Even for a four-year-old.  I’m so thankful to God for the reminder. 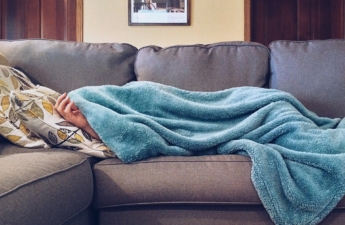 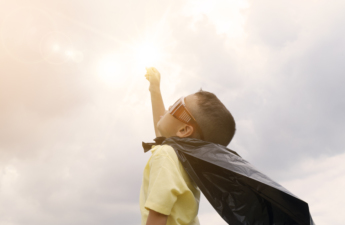