I have been reading a so-far delightful book, entitled Start Your Family: Inspiration for Having Babies, by Steve and Candice Watters of Boundless fame.

And yes, I know, we don’t need inspiration.

I’m reading it more for philosophical reasons–and, honestly, “˜cause it’s such a bargain at Amazon, and I had the notion that it might be a useful book to recommend to people.

I’ve made it through the first few chapters, and I’m really growing in my conviction (initiated by Al Mohler’s many thoughts on the subject; particularly this article) that questions like “should we have children? are we ready to have children? can we afford children?” are tremendously the wrong questions to ask.

The Watterses begin their book by talking about the “American dream,” more or less, as it’s viewed by youngish couples.  There are so many things we can do before we have children, so many life experiences that seem worth putting off parenthood to achieve.  And we’re never financially stable enough to afford children–I can attest myself to having been bombarded with the “children cost $250,000 by age 18″ statistic while still a teenager myself.  Those kind of numbers, coupled with the general social expectations of what a young couple is supposed to do and see before embarking on pregnancy, make it a fearful decision indeed to declare oneself “ready” to inflict these small stinky, sticky mess-makers onto the entire rest of one’s life.

I’d never stopped to think about it, but I think they’re dead on.  The world is all about telling us how much responsibility children are, how much work, how much cost, how we need to have the perfect relationship with our spouse (being married at least four years) before introducing hellions into the mix, how children cause divorce, how parents bid good-bye to free time, how friendships with couples who don’t yet have children will change forever and probably dissolve the Watterses are so right.  I grew up in an environment that was certainly not hostile to children, and yet somehow even I managed to internalize many of these ideas.  It’s like a little checklist you have to complete before it’s socially acceptable to have a baby–otherwise people shake their heads and talk about how unwise you are, and wonder if the pregnancy was a mistake!  I’ve even heard people refer to someone’s miscarriage as “a good thing, because they really weren’t ready for a baby.”

This is the legacy of the Pill.  We can control fertility, and so suddenly it becomes a decision to be made, to be weighed–and for other people to peer down their noses in disdain at the results.  Suddenly it’s a little embarrassing to admit that, yes, I have a one-year-old, and a five-month-old, and, um, yeah, we’re expecting again.  Suddenly it’s perfectly acceptable for everyone from dear friends to complete strangers to tell me how crazy we are, how I’ll soon learn the error of my ways, and ask, both in seriousness and in sarcasm, whether or not I know how “that” happens.

First comes marriage, then comes the baby carriage.  That’s all Scripture has to say on the subject, that’s all history has generally said on the subject, and I’m beginning to think that’s all we should say on the subject.  Society–church included–imposes unbelievable pressures on couples to delay childbearing, and then to limit and carefully mete it out when it does come.  Don’t have children too soon, too fast, or too many: pray hard about it first.

But the question itself is a new one: people used to have children because well, children happen!  And in those olden (Bible!) days, they were viewed as a blessing–and the more the more blessed!  Look at what Scripture says of the torment and lamentations of the women who had no children, and compare to the distinct aura of fullness that surrounds the descriptions of those who had many.  Yet so many well-meaning Christians would have us believe that it’s a perfectly acceptable lifestyle choice to forego children completely, and a wiser decision to limit them to some small, manageable number preferably two.  Now that we can control it, “of course” we should.  God gives us science, and all that; birth control is chemo for the cancer that is children. 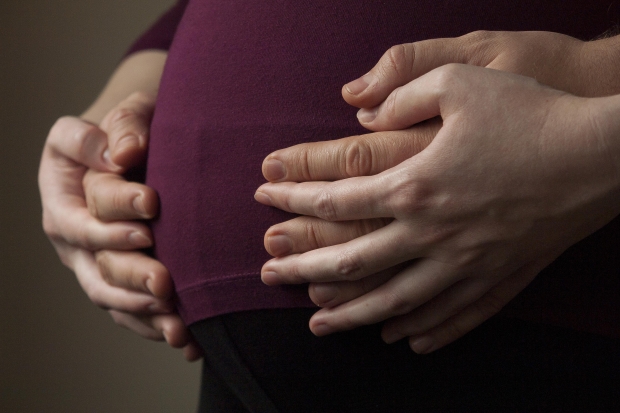 The object of my silence.

3 thoughts on “First love, then marriage, then?”